Help me welcome Jennifer Gibson and her award winning series

Her story is heart-felt and one you will not want to put down until the end. 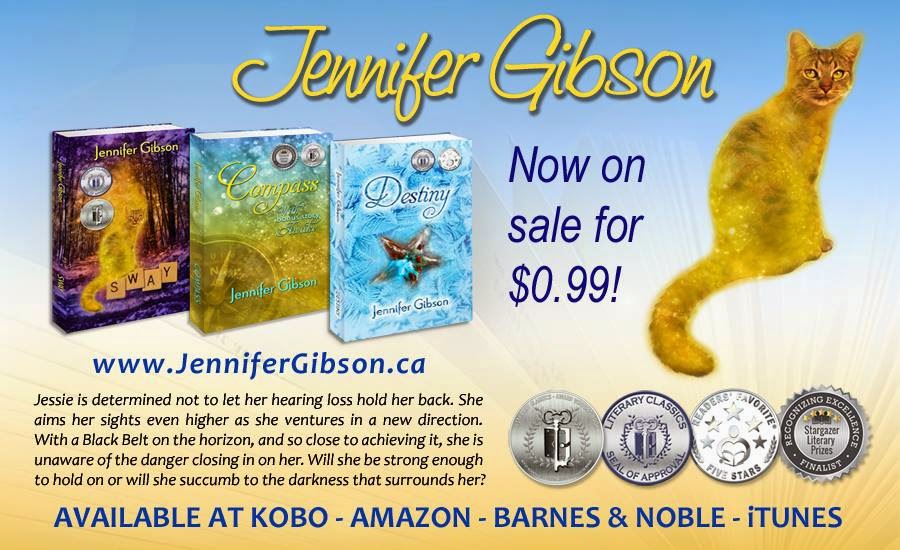 Based on a true story, the novel Sway is about a hearing impaired teenager named Jessie who tries her best to blend in at school. Every day proves to be a test of her resolve when she is constantly plagued by the ruthless pranks of her classmates who are determined to make her life miserable. When a handsome stranger arrives in the nick of time, Jessie wonders if he is too good to be true. Is Ethan’s attention genuine, or will he betray her trust, too?

In Compass, the sequel to Sway, Jessie’s life begins to change its course, sending her towards a new reality. When her world is ripped apart by an angry rival, the one person she trusted to stand by her side, simply walks away. With her composure shattered, Jessie questions everything she believed about herself, and as her life takes her on a new path, it becomes a perilous journey, full of surprising twists and turns

Jessie’s journey began in Sway and Compass. As we continue to follow her in Destiny, she stumbles across a revelation that could change everything and finds herself standing on the precipice of life.

Jessie is determined not to let her hearing loss hold her back. She aims her sights even higher as she ventures in a new direction. With a Black Belt on the horizon, and so close to achieving it, she is unaware of the danger closing in on her. Will she be strong enough to hold on or will she succumb to the darkness that surrounds her?

Fall in Love with this award-winning series about a hearing impaired teen, a story of struggle and heartfelt courage.