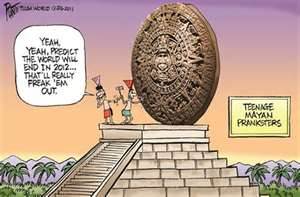 Today cannot be the end of the world, I have too much to do.

I'm one of those people that has to get all her work done before she can sit down. If the dishes are in the sink, or there's a load of laundry to be done, it bugs me to the point I get distracted. Now take that OCD mentality and add the end of the world and I panic.
I have too many books to read through.  Too many reviews to get done and my edits aren't complete for my second book. So this world needs to keep going until I write those famous two words every writer craves to write. 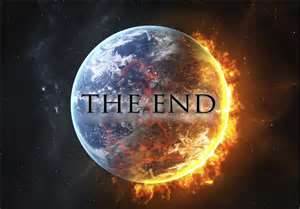 I also haven't had my first book published yet, but I will in 2013 so I say we ignore the Mayan's and just keep going.

Rescued from the Dark, published through Black Opal Books will be released on February 16, 2013. 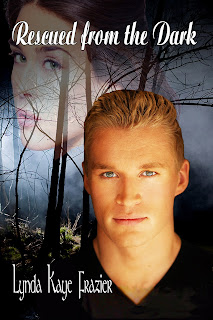 What if you woke from a nightmare, trapped in a world of darkness, with no memory of how you got there? Rescued from the Dark is a passionate, gripping story about FBI agent, Jason Michaels, confronting his duty to his country, and struggling with his feelings for a woman with no memory of their love.

Undercover Agent,Jason Michaels, infiltrates the terrorist cell and risks everything, even his life, to save the FBI intern who stole his heart, then walked away. Once Mercy wakes from her coma Jason struggles with the fact that she does not remember what happened, but anguishes with the idea that she believes their unborn child belongs to her ex. Jason soon realizes the terrorists vow to get her back to claim their secrets locked in her memory, no matter what the cost. In a race against time, Jason and Mercy struggle to fight their attraction, and put their differences aside, as they launch a manhunt to save their country and each other.


An explosion ricocheted behind Jason’s eyes as the pressure mounted in his head.
The rush of panic consumed him as he struggled to move. He tried to
swallow but his throat burned from the flames that engulfed his lungs. He needed to
breathe but he could not, shit.
He strained to hear the muffled voices, but the pounding in his ears
erased all hope. His head started to spin and he succumbed to the realization,
this was it, the end, he won. The flames were dampened and his
heartbeat slowed. As the drums subsided, the voices became clearer.
“Give it to him now you son of a bitch. What were you thinking? We still need him.”

A split second release had Jason sucking in a breath of much needed air.
Stabbing pains shot through his head and every muscle fiber burned as the cold
blast of air shot through his lungs releasing the oxygen his body craved.
He arched his back and raised his chest trying to pull in more when he felt the
impact from the first blow. His head
snapped to the side and the crack from his neck echoed in his ears. The pain
jolted through his jaw as it raced across his cheekbone. Before he could gather
his senses, the hand smacked across his face again and the pain set his face on
fire. What the hell? With the third slap his eyes snapped open and he
wrenched upright with a lurch, hitting his head on the solid roof of the SUV.
Jason’s eyes darted back and forth looking for something familiar until he
locked onto the ice-cold stare of the devil himself, Shaun Flanagan.
Damn! That was close.
He could not blow his cover, even if it meant he would die as David Logan, and not
Jason Michaels. .


Writing is my passion, Reading is my Love.