How I fought the comma and won

How I fought the comma and won.
How do I love the comma, let me count the ways. Don’t worry it will be a short list. When I started to write I thought I knew everything I needed to know to put together a great story. Boy was I wrong. The Comma defeated me. I either had too many, didn’t have enough or put them in the wrong place. I was so aggravated, but soon took control. It looked so cute and very useful but it had an evil side. 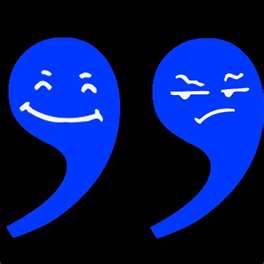 Its been over 30 years since I took an English class and I work in the medical field, so no comma’s needed. I dictate, someone else types it out. I knew I needed help but it had to be simple, I am old. So I went back to the beginning. What is a comma? 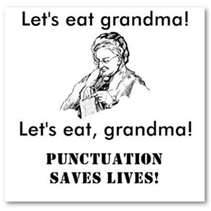 Then there are basic rules for using a comma.

1. Between Items in a Series. When you are listing three or more items in a sentence, simply place a comma between each member of the list.

3. To Attach Words to the Front or Back of Your Sentence.

Ok, now my head was spinning. How was I going to get this straight?

I needed to master the comma. Then I found comma’s made easy. Simple facts that were written in English.

Memorize these!
Rule 1: Use a comma to separate two main clauses linked with a conjunction (for, and, or, so, but, nor, yet).
We came to class, but everyone had gone home.
Rule 2: Use between introductory element and subject.
Since no one was there, we decided to go over to the Sub for coffee.
Rule 3: Use a comma to separate unnecessary information from restof the sentence.
Cheryl, my roommate, got a lattebecause it is her favorite drink.
Rule 4: Use a comma to separate items in a series:
Cheryl bought a chocolate donut, a cinnamon bun, three donut holes, and two twists.
Rule 5: Use to separate a list of adjectives.
the soft, white, fluffy inside of the chocolate-glazed, sprinkle-covered donut delighted me

Now those are rules I can understand, and use. I now have a love hate relationship with the comma. It loves to hate me but I’m starting to win him over, and so can you. 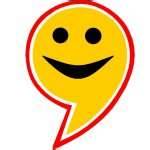 Guardians of hope, book I
Rescued from the Dark, Set to be released February, 16th 2013


Published through Black Opal Books
BLURB:
What if you woke from a nightmare, trapped in a world of darkness, with no memory of how you got there? Rescued from the Dark is a passionate, gripping story about FBI agent, Jason Michaels, confronting his duty to his country, and struggling with his feelings for a woman with no memory of their love.
Undercover Agent,Jason Michaels, infiltrates the terrorist cell and risks everything, even his life, to save the FBI intern who stole his heart, then walked away. Once Mercy wakes from her coma Jason struggles with the fact that she does not remember what happened, but anguishes with the idea that she believes their unborn child belongs to her ex. Jason soon realizes the terrorists vow to get her back to claim their secrets locked in her memory, no matter what the cost. In a race against time, Jason and Mercy struggle to fight their attraction, and put their differences aside, as they launch a manhunt to save their country and each other.