I hate scarry things but I live with a ghost and she enjoys making me scream.


I am one of the biggest babies when it comes to horror movies, ghosts and anything that goes bump in the night. When my children were younger I would take them to the scarey movies and I would be the one hiding her face and screaming out loud. So when my daughter said she saw a ghost in her room my first thought was that she was just pulling my chain. Well she wasn't. I live in a haunted house. 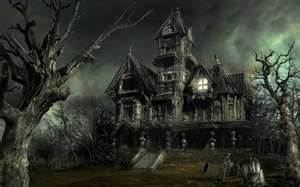 We bought an old farm house. It was too small for my large family so we added two more bedrooms. Halfway through the build my husband and son would say they heard voices. They could not make out the words, just mumbling but there was no one else in the house. It became a daily thing as the building moved along. I woke up at 2:16 am to my daughter yelling for me a few days after she moved into her room. I ran in to see her pointing to her desk, I saw no one but she said there was a woman staring at her. Like the good mother that I am I ran out of the room. I made it to the kitchen and remembered my daughter so once again like the good mother I am, I yelled down the hall and told her to come to the kitchen. I know Mothering skills at their best. Well over the next six months our female ghost made her presence quite a few times, but never to me. So I was fine by it. No visual so I could be ignorant to what was going on. Well that didn't last very long. 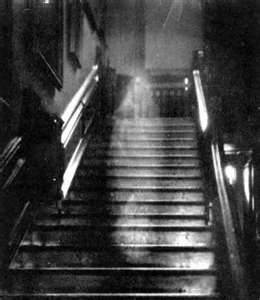 Our ghost decided to show herself to me. I was outside in the garden and heard someone yell Mom, clear as day, so I looked around and yelled what. No one answered. I went back to work on the plants when I heard it again. I decided I was going to find which adult child of mine was too lazy to come out and find me. I went inside to see my daughter wrapped up in her blanket, walking out of the bathroom, going towards her bedroom door. I called her name, but she didn't answer. I was getting agitated now so I yelled at her as I walked down the hall. She never turned around and she walked into her bedroom, then she disappeared.  I froze. I couldn't breath, couldn't move. My heart was pounding in my ears and a cold hand brushed against my shoulder. I screamed, tripping over my real daughter as I ran down the hall, out the front door. I know, you are now laughing, rolling on the floor at the site of a grown woman pushing her daughter out of the way to run outside. Yes, another great mothering moment. Leave the child in the house with evil spirits. 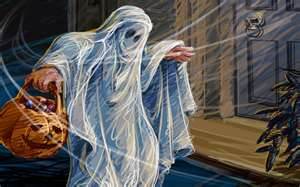 Well my daughter lived through the ordeal and I went out and bought hair dye to cover all the gray hair this event caused. We have seen this spirit quite often since then and we have come to a silent agreement that she can stay as long as she stays out of my room, away from me, out of my site, see the pattern? Ignorance is bliss. We have tried to track the history of this house but have had no luck. My children have since grown and moved out, and my spirit child only gets active when they come home.
I want to wish everyone a very Happy Halloween. Be safe, and be aware that you might not be walking those dark streets alone. Spirits are among us. 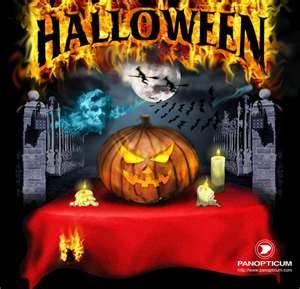 Rescued from the Dark, Set to be released February, 16th 2013

What if you woke from a nightmare, trapped in a world of darkness, with no memory of how you got there? Rescued from the Dark is a passionate, gripping story about FBI agent, Jason Michaels, confronting his duty to his country, and struggling with his feelings for a woman with no memory of their love.
Undercover Agent,Jason Michaels, infiltrates the terrorist cell and risks everything, even his life, to save the FBI intern who stole his heart, then walked away. Once Mercy wakes from her coma Jason struggles with the fact that she does not remember what happened, but anguishes with the idea that she believes their unborn child belongs to her ex. Jason soon realizes the terrorists vow to get her back to claim their secrets locked in her memory, no matter what the cost. In a race against time, Jason and Mercy struggle to fight their attraction, and put their differences aside, as they launch a manhunt to save their country and each other.