Can Two Broken Hearts Set Aside Anger and Betrayal to Find True Love Once and For All? 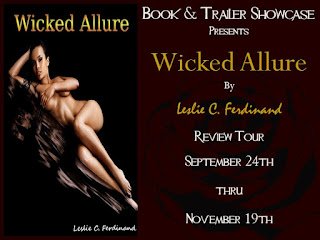 What Does A Man Say to the Woman He Betrayed But Never Stopped Loving?
Three years ago, Zachary Steele refused to entertain thoughts of permanency with any woman. A hedonist at heart, he didn’t want to corrupt the much younger, Madigan DeLeon, by continuing his affair with her. With the hidden scars of his past, he didn’t believe in happily-ever-after. By the time he realized how much Madigan meant to him, he’d driven her away. Then, one night, after being clean for a number of years, Zach briefly falls off the bandwagon. He believes his lovemaking to Madi is a drug-induced hallucination. The resulting consequences tell another story.
What Does A Woman Do When the Only Man She’s Ever Loved Hurt Her So Deeply She Feared She’d Never Recover?
Three years after her affair with Zach so abruptly ended, celebutante, Madigan DeLeon, is thrust back into Zach’s life by her mother’s machinations. Brought home under the false pretenses of repairing her damaged relationship with her mother, Madi instead finds herself running a private sex club called Wicked Allure. Forced to confront her anger at his betrayal and grief at the loss of what might’ve been, Madi faces the realization that she’s never stopped loving Zach.
Can Two Broken Hearts Set Aside Anger and Betrayal to Find True Love Once and For All?
Searching the deepest recesses of their hearts, in a place where pride and pain has no room, Madi and Zach must decide if their bond is strong enough to take a second chance at love. Or if resuming their sexual relationship is an irresistible wicked allure and the ghosts of their former relationship will finally, and forever, sever all ties between them.

Leslie C. Megahey and Shirley H. Ferdinand have been writing together since 1991. Under their Christine Holden pen name, five books were released by Berkley/Jove between 1998 and 2001. Their last book, Dearest Beloved, had a foreign edition in Dutch. They’ve appeared in New Orleans Magazine, the Times Picayune, RT Book Reviews, the Fort Bend Herald, Fort Bend Lifestyles, and the Natchez Sun. They were also included in Kathryn Falk’s 1998 How To Write A Romance For The New Markets and Get it Published and May McGoldrick’s Marriage of Minds: Collaborative Fiction Writing in 2000. They’ve made appearances on television stations in New Orleans, Lake Charles, Lafayette, Beaumont and Toronto. Leslie has also made an appearance on the Rachel Ray Show and is founder of Inside Rose Rich Magazine. They currently have literary representation with D4EO Literary Agency. This is the team’s first erotic romance.