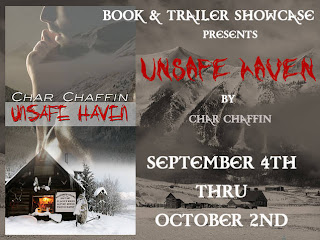 Hi all, Char Chaffin here, thrilled to be spending time with Lynda Frazier! You know, when I read her blog’s title, I couldn’t help thinking it fit my latest release, Unsafe Haven, to a tee:

In a tiny little nutshell, that’s my book! How completely apropos. My heroine, Kendall, is on the run from an abusive man, changes her identity, and hides in remote , hoping to start a new life. There are the ‘secrets.’ She meets Denn, Chief of Police in the , where she finally settles. Of course, there’s the ‘Romance.’ As they build a tentative yet passionate relationship, the question remains as to how safe Kendall really is, especially when her presence in Denn’s life stirs up some damaging local jealousy and the sociopath in her past is just a single phone call away . . . And there’s the ‘Suspense.’ As for ‘Sizzling Sunsets,’ it’s summer in Alaska, which means the sunsets sure can sizzle at one in the morning when the bed is warm and the lovers are more than willing to heat up the sheets.

Based on such amazing coincidences, I can only conclude that Lynda and I were destined to find each other during my blog tour. ::wink::

I used to live in , and I always wanted to set a story there. Unsafe Haven is a book straight from my heart and fueled by everything I love about the Last Frontier. Don’t get me wrong, life in isn’t always easy. The winters are killers in every sense of the word. Even for seasoned Alaskans who love the snow, winter is a tough, challenging season. The days are dark and often depressing, with the sun breaking over the horizon and hanging very low in the frigid sky for just a few hours before it dips back, out of sight for another day. The shortest day of the year is of course short everywhere, but when you’re in Fairbanks (Interior Alaska) and it’s thirty below and dark at two PM and you can’t see five feet in front of your face because of ice fog, “short” takes on a life of its own!

But late at night when the sky was at its very blackest, I could bundle up in many layers, step outside and look toward the sky. I could watch the Northern Lights dance and plunge and twirl in an ever-changing, endlessly fascinating neon show. That was when I’d say to myself, “Why would I ever want to be anywhere else?”

Well, as I said, the winters were a killer and my husband and I did move away, several years ago. Now we’re plotting to return, if only for a few months out of the year. Whether those months hit in the winter or the summer, I think makes very little difference anymore. Each season carries its own unique appeal. And the old saying, “You don’t know what you’ve got until it’s gone,” is all too true.

Unsafe Haven takes place in the late spring, as the longer days warm up the tundra and flowers burst into color everywhere. There’s so much beauty in an summer, it hurts the heart to experience it. We’ve all had that feeling, of being surrounded by something that tugs at our hearts until the sweetness is almost a physical pain. That’s what summer in is all about. I debated whether or not to send running north in the bleak winter or the hopeful summer, and chose warmth over ice. Somehow, putting my heroine through the wringer when her innate paranoia and panic is being lulled by warmth and regenerating life was really appealing. I’m kind of rotten that way. ::grin::

Unsafe Haven is a book I hope will fuel the imagination and make its readers want to visit and see it for themselves. And for folks like me, who used to live there and no longer do, I hope it will make them smile as they read it, maybe even recall a ‘sizzling sunset’ of their own. 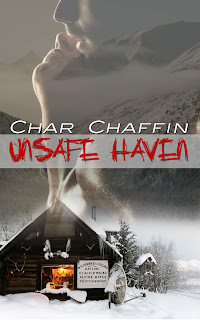 For Kendall Martin, a small, remote village in seems like a good place to start over. On the run from an abusive relationship, she leaves everything familiar behind and begins a new life as owner of a small souvenir and sportsman trading post in picturesque Staamat.

Denn Nulo knows everyone in town: he’s the Chief of Police in Staamat. He’s lived there all his life, except for his college years, spent in . Originally planning on practicing criminal law and living in permanently, Denn is forced to change his plans when he receives word that his widowed mother has passed away, leaving his young sister, Luna, alone. Denn comes back to Staamat to care for Luna.

When meets Denn, she begins to believe there are truly good men in the world. Denn is everything she wants: strong, loving, dedicated to family, protective. . .and patient. There is instant attraction between them, but is leery of men, and Denn craves a serious relationship that includes marriage and children. Their courtship is a conflicting mix of hesitancy and passion, with Luna, desperately needing a mother figure in her life, cheering them on.

As Kendall learns how to trust again and her romance with Denn grows more intense, a local woman who’s had her eye on Denn for years releases a torrent of damaging jealousy. . .and the nightmare from Kendall’s past discovers where she’s hidden herself.

And here’s where you can find me!


GIVEAWAY:  I’m giving a copy of Unsafe Haven to one lucky commenter! Just make sure you leave your email address in your comment so I can find you later!

Thanks very much, Lynda, for hosting me today! I had a lot of fun. Have a wonderful week, everyone, and Happy ! 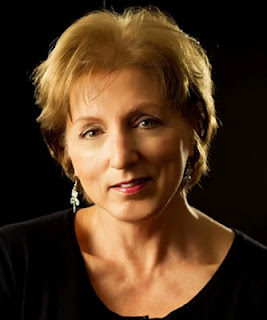 Char Chaffin started reading romance, science fiction and horror at a very young age. Her love of books is directly responsible for her overflowing bookcases, and the bounty stored on her Kindle threatens to eclipse her entire paper collection. Char currently writes mainstream and contemporary romance filled with family, rich characters and engaging plots. For her, it all comes back to the love.

Char began her writing odyssey as a poet, crafting Victorian-style poetry, then went on to writing short stories. She found her niche when she began writing longer and longer short stories, until she wrote her first novel. It might never see the light of day, but writing it taught her a lot. Over the years she worked a variety of jobs, from farm hand to costume designer to fiscal accountant, before deciding a writing career was her true focus.

In addition to writing, Char is also an editor for Soul Mate Publishing.

A native New Yorker, Char lives Upstate on a sixty-acre farm with husband Don, rat terrier Daisy Mae and two barn cats who constantly slack off on the job of keeping the barn free of varmints. The Chaffin extended family is scattered all over the and .

When she’s not pounding away at her keyboard or burying her nose in books and Kindle, she tends a huge vegetable garden and helps Don maintain their farm.