THE NAUGHTY AFTER DARK BLOG HOP.

Alas, Valentine’s Day is over and I look around and wonder what I should do with the chocolate now.  I’m on a diet, never ending at my age, so I can’t use the excuse it’s Valentine’s Day so the calories don’t count. Don’t laugh; I know you say the same thing.  So I decided to search for other options, even thought I would rather indulge for one more day. 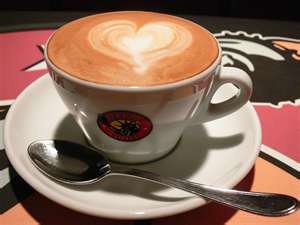 Add a little to my coffee, which is my second favorite thing.

Have a little while I indulge in my favorite activity, a walk on the beach. 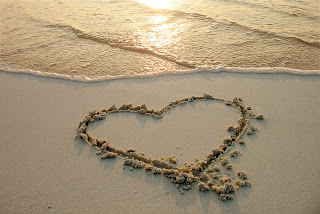 Or just be honest to myself and eat it anyway because no matter what excuse I use the calories are going to be all mine.  :

So no matter what you decide to do with your chocolate and the possibilities are endless.  Use your imagination, and enjoy. 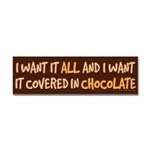 Rescued from the Dark:

Rescued from the Dark is a story of a heroic man who battles all odds to save the woman he loves.
Blurb:
Undercover FBI agent Jason Michaels infiltrates the terrorist cell and risks everything, even his life, to save the FBI intern who stole his heart then walked away. Once Mercy wakes from her coma she has no memory of what happened and Jason realizes the terrorists vow to get her back for their secrets locked in her memory, no matter what the cost. In a race against time, Jason and Mercy struggle to fight their attraction and put their differences aside as they launch a manhunt to save their country and each other.
Excerpt:
Pressure built behind Mercy’s eyes and the tears threatened to fall.
“Mercy, I’ll never hurt you. I tried to explain the other night.  My name isn’t David.  I’m Jason Michaels, an undercover agent with the FBI.  I’m not going to kill you. I’m going to help.  I need you to understand and to trust me.  They’re going to move you, and we need to get you out of here tonight.”
Mercy squeezed her hands together to hide their shaking. She didn’t know what to believe. All she knew was that David made her feel safe.
Mercy couldn’t stop her tears from falling.  She had to think, she would let him help her but once she was out, and had the chance she would make a run for it.  If he really worked for the FBI, she would apologize later.  If he’s lying, then hopefully she could get away before it was too late.
“Mercy, look at me, I’m Jason Michaels.  I know you’ve seen my face before. Please tell me you remember me, remember us, what we shared.”
She looked up into his gaze. Those eyes, she has seen those eyes before. But could she trust her memory right now.
“I think I do, but I don’t know.  How am I supposed to believe you?”
“Mercy, I don’t have any answers right now. All I know is that I can’t let them take you any further away from me. I need to get you out of here tonight.”
Mercy confusion was overwhelming, but she needed to trust someone.
“Please believe me when I tell you I won’t hurt you. I want to help you get out of here.  You just have to trust me and do what I say.  Can you do that Mercy?”
She felt his warm fingers under her chin as he lifted her head. Her tear filled eyes stared into his, they were so blue, so beautiful. She felt the pull of his gaze and leaned into his hand as he cupped her cheek.  It was wrong, so wrong. It scared her, but she felt safe with him.
Mercy froze as he leaned in close, his mouth inches from hers. She could feel his breath across her lips.  She felt the pull from his gaze, the heat from his touch and moved in closer.  Her lips opened slowly over his.  Heat radiated through her body and her reluctance faded as he whispered, I’m sorry, across her lips. Then he captured her mouth with his.
*******
Jason inched closer as her arms tightened around his neck. The warmth from her fingers as they curled into his hair shot down his spine.  His hands surrounded her waist and pulled her tight against his chest.  Her nipples hardened against him igniting a flame of desire.  How he ached to touch them, taste them.
“Mercy.” He whispered against her lips as he pulled away. “We shouldn’t.”
He stopped as she placed her lips back on his. He gripped her waist to push her back until her tongue danced along the outline of his mouth. The fire burned out of control as it raced through him, but he needed to stop. He could not take this risk, not now.
“No Mercy, we can’t…”
“Please, I need this. I need you.” She closed the gap between them.
He stopped and pulled back, inches from her he whispered against her lips, “Mercy, what’s my name, who am I?”
Jason sensed her hesitation as a shiver passed through her. She dropped her head to his neck and he felt the heat from her tears as they rolled down his shoulder.
He pushed her back and cupped her face in his hands.  Her tears spilled through his fingers as her pain ripped a hole in his chest.
“Mercy I just…”
“Please don’t, don’t stop. I know you, my heart tells me so.”
Jason felt the waves of her silent tears run through him as she wrapped her arms around him and laid her head on his shoulder. He leaned his head onto hers and strained to hear her whisper.
“I might not remember your name but I know your touch, the way you make me feel.  Love me, and help me remember.”
Be sure to leave a comment for a chance to win an Amazon Gift Card.  : }
Visit the sites below to continue the hop and get a chance to win some other amazing prizes.
Enjoy and good luck to everyone.